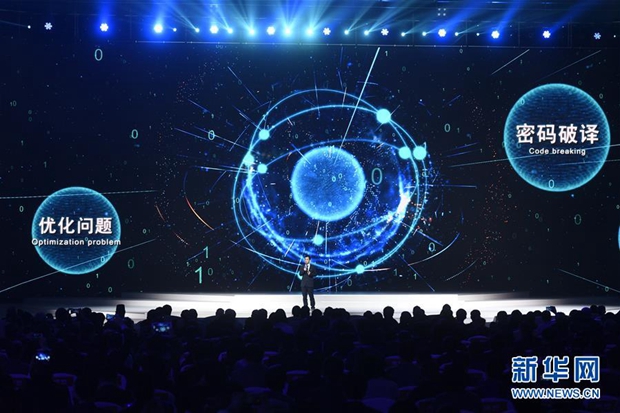 The internet was originally conceived as an open global information highway connecting a new kind of global community without borders, a place where the free exchange of ideas could not be regulated. Unregulated information and communication would spread knowledge, understanding and enlightenment, which would usher in a new age for mankind. Unfortunately, like all advancements, it’s been more of a Pandora’s box than a solution in a box.

It should also be noted that those who believed in this dream, believed mostly in one set of assumptions, one path – that of liberal democratic capitalism. In the years which have followed, the world has changed from a uni-polar to a multi-polar world, where developing and emerging countries have done better when they have followed their own path, rather than liberal democratic capitalist dogma.

This is not meant to denigrate the ideas which created many of the world’s developed countries, only to point out that yesterday’s assumptions and solutions are not immutable, especially when changes to the economic and political fabric, such as our current tech revolution, are in play.

The ever changing internet

The internet morphed from a communication and information sharing tool to a distribution and e-commerce platform, and is now entering its next phase, as a semi intelligent, always on, gatherer and processor of information, Internet 3.0.

The challenges this presents to domestic and international security are being played on in the newspapers as we speak. Questions about foreign interference in the elections of sovereign countries, terrorism, cyber espionage, money laundering, theft of information, fraud, cyber warfare, big brother scenarios, are all part of the fears, which society must balance by the efficiencies and opportunities this new type of internet brings. Each time we advance, we discover new challenges and opportunities; the question is who should be responsible and who is equipped to solve these issues and safe guard the people.

In a 2010 Chinese White Paper called “The Internet in China,” the notion was advanced that within China, the use of the internet should be subject to China’s laws and regulations. This marked the beginning of China’s ongoing attempt to define a “sovereign internet”— the idea that each country has the right to control its domestic internet space.

The dilemma is China’s desire to provide a robust infrastructure for innovation and development, while managing its domestic and international cyber security concerns. The end result is no one will be happy, not domestic businesses, who see restrictions on their ability to access information outside of China, not the international businesses, who will be forced to keep data developed or used in China on servers in China, and not the security establishment who would like to increase restrictions and their powers, in the name of domestic and international security. Ask anyone of these groups and they will say they are giving up too much and getting too little.

Why is China seemingly at the forefront of this effort?

In China, the government is responsible for keeping public and commercial order. Any failure results in severe personal consequences, because politically, with only one responsible party, there is no pressure relief valve. Those who fail, fail alone, but the government must go on. Therefore, you can expect the government to err on the side of security, until they become comfortable with how to handle the ever changing challenges and opportunities presented by the internet.

The Cyber Revolution will continue to transform the political, economic and cultural fabric of our society, much the way the Industrial Revolution did at the turn of the last century. In terms of the rest of the world, the movement towards a sovereign internet is in motion, if not verbally, but in terms of action. Russia, the U.S., U.K. and dozens of countries have adopted, for whatever reason, new laws and regulations citing cyber security threats.

Those who are concerned about the future of the internet in China should keep in mind that the counterbalance will be China’s desire for innovation and the need to be competitive. The inability of Chinese companies who are innovating and competing could ultimately hurt them. As China has shown a consistent pragmatism in terms of modifying its policies to fit its needs, there is little chance that it will not continue to do the same.

On a related matter, China also needs to come to terms with itself, as it takes a larger role on the world stage. It cannot, and should not, shy away from its own story because of the views of others. The soft power competition will be won by actions, but must also have a voice.

Opinion articles reflected the views of their authors, not necessarily those of China.org.cn.