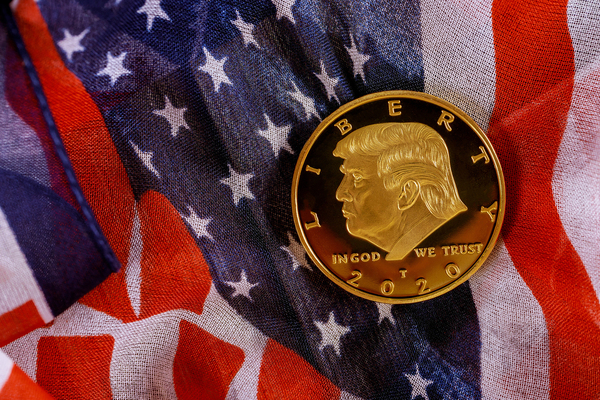 The Wall Street Journal ran an opinion piece this week that was huge. We’re about to make it yuge.

Entitled We Sent a Man to the Moon. We Can Send the Dollar to Cyberspace, the piece was written by two leaders of the U.S. Commodity Futures Trading Commission, Christopher Giancarlo and Daniel Gorfine, where they make the case for a blockchain-based “digital dollar.”

In the 1950s, the United States was growing complacent about its technology capabilities, until the Soviet Union launched the first successful satellite, Sputnik 1. The Soviets followed this achievement with the first man in space (Yuri Gagarin, 1961), the first woman in space (Valentina Tereshkova, 1963), and numerous space “firsts.”

It was a wake-up call. The U.S. realized it was falling behind, and thus began the great “Space Race,” which culminated in the first successful moon landing with Apollo 11 onJuly 20, 1969. (If we’re going to have conflict between nations, by the way, let it be over who can make the fastest progress toward some greater goal.)

In their opinion piece, Giancarlo and Gorfine argue that the United States is once again in danger of being left behind, as other countries (such as China) and companies (such as Facebook) take the lead in developing their own digital currencies. This threatens the U.S. dollar, and that is hugely (yugely) significant.

For a host of reasons, the United States enjoys all kinds of advantages when the dollar is the “international currency of choice.” It means that everyone wants your money. It allows you to maintain stable prices for food and energy. It allows you to influence the global financial system.

They are right: if the government doesn’t create its own blockchain-based digital currency, then private businesses will (in fact, they already have). In other words, a Digital Dollar is inevitable, and we are entering a new kind of “Space Race” around money. (We’ll call it the “Cash Clash.”)

While their op-ed was a little light on details (hey, it’s the Wall Street Journal, not Bitcoin Market Journal), let’s flesh out the details of how a U.S.-backed, blockchain-based Digital Dollar might actually work.

How to Build a Digital Dollar 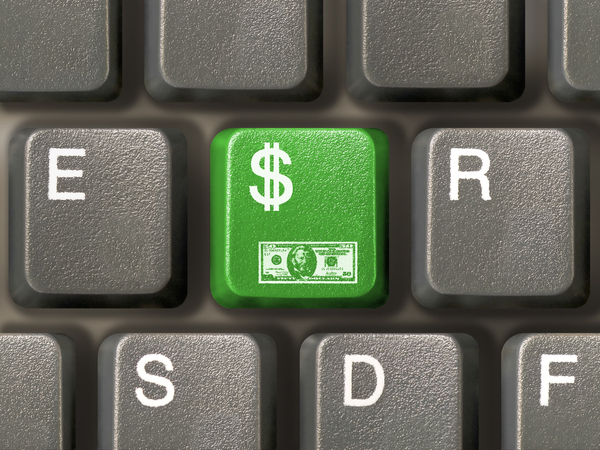 The authors propose a “government-sanctioned blockchain protocol.” To be clear, this will likely be a blockchain application built on top of an existing blockchain platform. For the platform choice, the government will realistically have three options: Hyperledger, Ethereum, or build-your-own.

They’ll likely choose Hyperledger, because it is backed by a consortium of American technology leaders, including industry heavyweights like IBM, Intel, and Cisco, which have a long history of government consulting. (Ethereum is still not ready for prime time, and build-your-own will end-in-tears.)

The authors also propose an independent nongovernmental group that’s administered by trusted banks and payment providers. In plain English, they likely mean the project is “decentralized” by creating a consortium (like Hyperledger), with buy-in from “centralized” financial companies like J.P. Morgan, State Street, and SWIFT (who are also part of Hyperledger).

To build trust in the Digital Dollar, the authors continue, it will need to be backed by real U.S. dollars: the full faith and trust of the federal government. Physical dollars can be “cashed in” for digital dollars, at no charge (that’s important), and held in a digital wallet on your smartphone.

Let’s paint a picture of what this would look like. You’d go to your bank or ATM to withdraw $100, but now that money goes into a digital wallet on your smartphone. You go to the local hipster hangout and buy a pumpkin spice oxygen shot, then pay for it with the Digital Dollars in your wallet.

It’s essentially what happens now when you pay for things with a credit card or Venmo, with one huge difference: those are private companies. They all get a cut of each transaction. By making the Digital Dollar frictionless — by not charging a fee, like paying with cash — the government will own the currency and the rails.

By being first to innovate in this space, the U.S. will continue to ensure that the dollar remains the international currency of choice. If the U.S. lags behind, some other country (or company) will take this spot. This is common sense.

This is why the government is hating on Facebook’s Libra project. They understand that projects like Libra threaten the primacy of the U.S. dollar, but they don’t know what to do about it. The answer is simple: develop the Digital Dollar.

How to Make this Happen

These groundbreaking authors outlined the vision, but now I’m going to go one step further: I’m going to reveal how to make this happen immediately.

The biggest problem comes from the top: how do you sell the Digital Dollar into Trump, who has so far been skeptical of cryptocurrencies, and who quite frankly has other things to worry about right now?

Very simple: you put his name on it.

That’s right. The Trump Digital Dollar would be a currency minted for a sitting U.S. President, just like George Washington, or a Roman Emperor. Think about what this would mean for the Trump brand: to have his name on United States money? That bill will get passed tomorrow.

Just like they called it “Obamacare,” they’ll start calling them “Trumpbucks” or “Trumpbacks.” Possibly “The Donald Dollar.” He’ll tweet about this nonstop. Overnight, the entire cryptocurrency market will explode. So will the heads of blockchain purists, who will not accept that this is really happening. 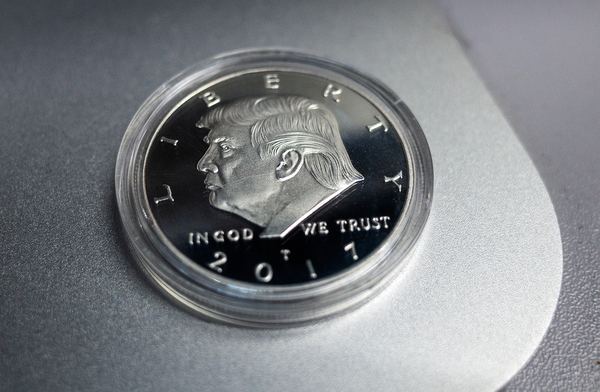 “A centralized decentralized cryptocurrency?” they will exclaim, clutching their glasses in dismay. Meanwhile, every other country will rush to create their own digital currencies, igniting the industry and creating thousands, maybe millions, of new blockchain jobs.

Many won’t like this idea — and I’m reluctant to even share it, as putting it out there is likely to make it come true. But what’s worse, waiting for our government to stop nervously nibbling its nails, shivering on the sidelines, afraid to make a move on digital money? Or the Trump Digital Dollar?

The Trump Digital Dollar will be like jet fuel on a bonfire. Let’s be honest: that’s what the President does best. And one thing is for sure: if you thought the Space Race was heated, wait until you see the Cash Clash.

Subscribe to Bitcoin Market Journal to learn more about the latest developments in digital money, blockchain innovation, and decentralized technologies.