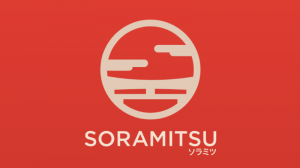 Hyperledger Iroha has been certified as a production-ready Hyperledger platform. It claims to offer simple implementation, an advanced permission model and both privacy and user protection features. Soramitsu, a fintech company developing blockchain and related solutions with the open source community, is Hyperledger Iroha‘s progenitor.

Hyperledger Iroha is already gaining traction, as Alexander Yakovlev from Moscow Exchange Group’s National Settlement Depository, states: “We looked for a solution that fits our requirements and is 100% open-sourced and oriented for the specific needs of our task. Features, such as Iroha’s account management and supportive community, in addition to Soramitsu’s KYC application, were key factors in our decision to use Hyperledger Iroha for D3 Ledger. Iroha’s existing adoption in several countries, and the practical use case with the Cambodian central bank, were additional benefits.”

The release of Hyperledger Iroha is now the fourth active Hyperledger project to reach Version 1.0: it follows:

To achieve the 1.0 release, as part of the open development and open governance requirements of The Linux Foundation, Hyperledger Iroha had to pass various tests, such as audits of:

The design of Hyperledger Iroha enables developers to implement applications using blockchain with simplicity, yet with features such as:

Blockchain (or Distributed Ledger Technology, DLT) forms the basis of distributed applications and can execute generation, transmission, and reception of digital currencies and assets on a network – without relying on a central authority. By using blockchains, it becomes possible to build systems which are robust against:

The Hyperledger Iroha blockchain has a modular, command-driven architecture. This enables developers to create complex business logic – without writing custom code – to execute on the blockchain, which has particular attractions for those:

Hyperledger Iroha is a straightforward DLT implementation, except that it takes inspiration from the Japanese Kaizen principle — “eliminate excessiveness” (muri). Iroha brings essential functions for asset and identity management needs and uses an efficient and trustworthy byzantine fault-tolerance. In addition, it:

In use and in PoCs

Because developers have the tools to realise complex, real-world use cases, Hyperledger Iroha is already in use in financial institutions such as:

These have built production applications. Additionally, multiple proof-of-concept applications are underway at other financial institutions (including major banks in Japan and Indonesia):

Enterprise Times: what does this mean

Soramitsu sees Hyperledger Iroha as a means to build innovative products, such as its Sora family:

The objective, for Soramitsu, is to assist financial institutions with regulatory compliance. But, perhaps with as much significance, is that Hyperledger Iroha has joined Fabric, Sawtooth and Indy as Hyperledger approved initiatives. The credibility this brings to the Linux Foundation and Hyperledger is probably as great as that given to Soramitsu.