Russian cyberspies have tricked employees at US defence companies into exposing their emails.

It is unclear what has been stolen but both large and small companies including Boeing Co, Airbus Group, Lockheed Martin Corp, Raytheon Co and General Atomics, were targetted. 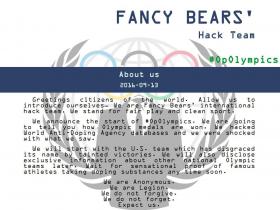 Everything you need to know about the Fancy Bears hackers

The hackers are associated with the cyberespionage group known as Fancy Bears.

The group also carried out phishing attacks on email addresses associated with the Democratic National Committee ahead of the 2016 US Presidential election, which is thought to have badly damaged Hillary Clinton’s campaign.

The Associated Press (AP) scoured 19,000 lines of email data collected by cybersecurity company Secureworks and found 87 people who were targeted by the phishing attack.

They mostly affected Gmail accounts, although some corporate email addresses were also sent the malicious emails.

Although most of the victims, who included scientists and engineers, were working on classified projects, as many as 40 per cent of them clicked on the hackers’ phishing links.

Opening those links sent to email accounts or computer files can lead to data being exposed to digital spies.

“The programmes that they appear to target and the people who work on those programmes are some of the most forward-leaning, advanced technologies,” said Charles Sowell, a former senior adviser to the US Office of the Director of National Intelligence, when he saw the list of names that had been targetted.

If those schemes were compromised “in any way” it would also compromise the US’ defences, he said. “That’s what’s really scary.”

Among the 87 people targeted, 15 worked on drones. A number of countries including Russia are pursuing more advanced drone technology as the unmanned aircraft are playing an increasing role in modern warfare.