You can resolve this issue by completing any of the following two options:

Note: The advantage of logging in to the Receiver is that, after successful authentication, all the disconnected session starts automatically so that there is no need to authenticate again.

Connections – Configures the connections between the Citrix Receiver for Linux and the XenApp servers.

Provide the credentials at the published application properties to use the Citrix Connection, as displayed in the following screen shot: 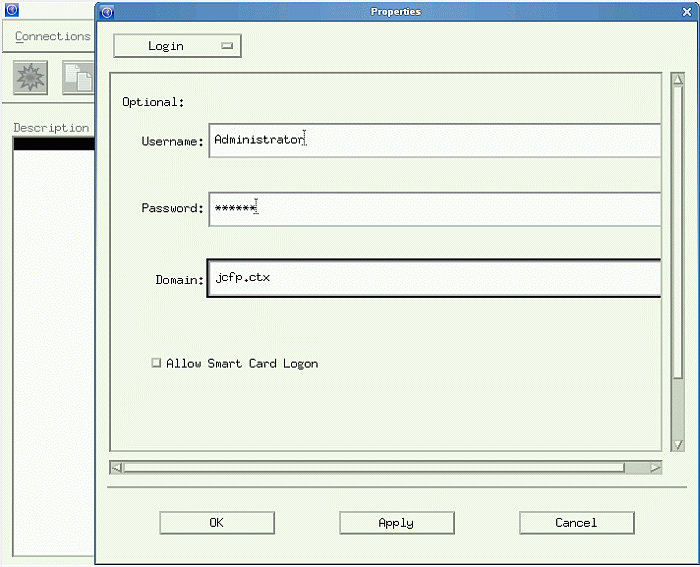