If users see the “System Extension Blocked” prompt when launching a Citrix Receiver desktop or application, they can go directly to System Preferences > Security & Privacy and Click Allow against Citrix Systems Inc as shown below to allow loading of the Citrix kernel extension: 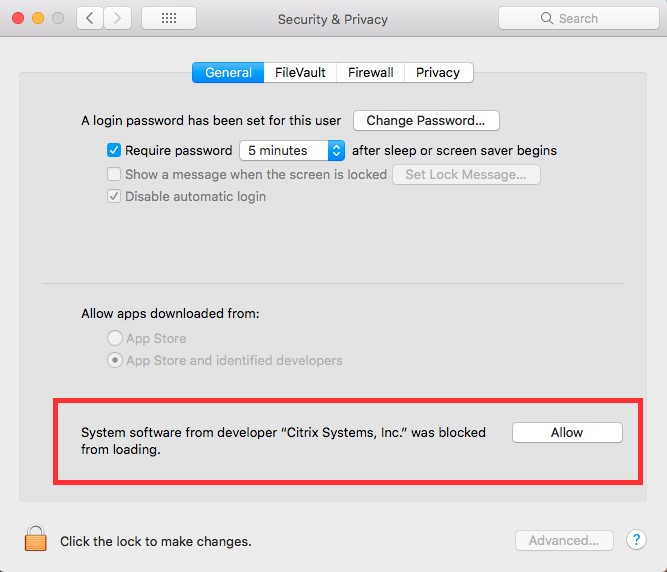 Users can also go to the Devices tab in Citrix Receiver Preferences and follow the steps as shown below in the screenshot: 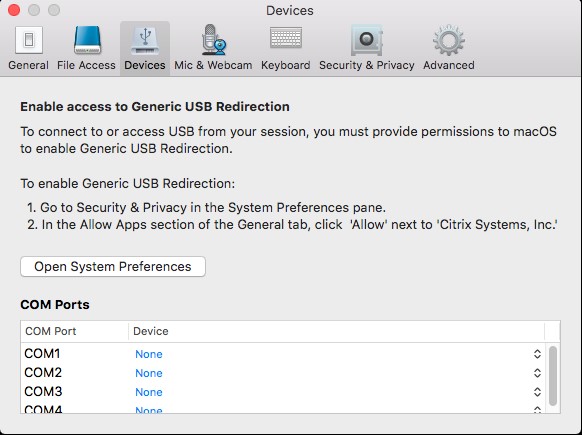 In addition, users can also open preferences from the Devices tab on the Desktop toolbar or the USB Devices menu in the main Citrix Viewer menu as shown below:

Citrix Receiver for Mac users with Citrix Receiver already installed when upgrading to macOS High Sierra are automatically granted approval to the Citrix kernel extension that was already present.

Citrix Receiver for Mac does not require any explicit approvals to enable USB redirection when installed on previous versions of macOS (10.12, 10.11. and 10.10).