Consider a case wherein ‘Client A’ is trying to reach another server ‘Server S’ using the web server’s public IP address, where in both the client and server are located behind the same CGNAT. In such a case, the packets will be discarded as the normal CGNAT translation method/mapping will not suffice. ‘Client A’ wishes that the communication with ‘Server S’ using the server’s public NAT IP should go through successfully even if they reside behind the same CGNAT. 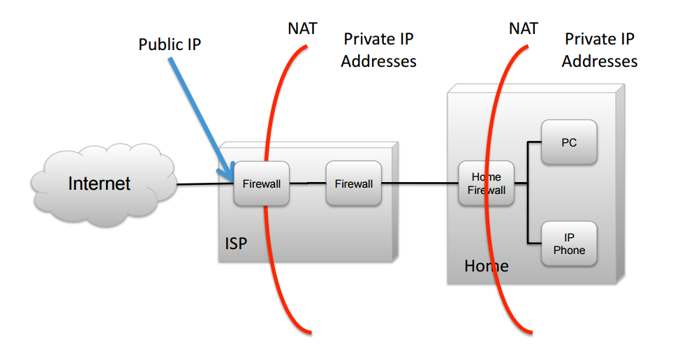 Let us first understand the detailed problem being addressed by hairpinning with the help of an example:

The above mentioned flow is represented in the following diagram:

This works well and as expected

The above mentioned flow is shown in the following diagram: 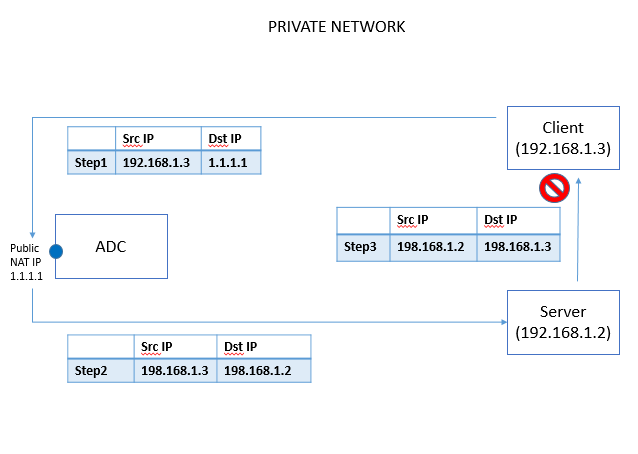 Outcome of this translation is that the packet gets discarded.

This is where Hairpinning feature comes to the rescue.

Trivia: This is called ‘hairpinning’ as the flow of the packet (loopback to private network) resembles the shape of a hairpin

Support for Hairpinning in NetScaler

NetScaler (NS) supports hairpinning (such a deployment) by default and thus enables endpoints with private IP addresses to communicate with one another smoothly via NS even when both the endpoints reside behind the same CGNAT.

Additional information: This is handled by recognizing such cases and internally applying special translation logic, where in along with the Destination IP translation, even the source IP is translated is done. The NAT work smoothly and as expected since the two endpoints now recognize each other due to this dual translation.