Skip to main content
Checked the Services on the VDA and found that Server service as well as Workstation service failed to start with the message “Error 1075: The dependency service does not exist or has been marked for deletion” as entry for PvsVMAgent was not removed fromDependOnService of Lanmanserver and LanmanWorkstation service registry on VDA uninstall.

Reverted the snapshot of the VDA prior to uninstallation and found that under LanmanServer and LanmanWorkstation Service registry key there were two PvsVmAgent entries one as PvsVmAgent and other as PvsVMAgent. This explained why one entry of PvsVmAgent was still left behind even though PvsVmAgent service was actually not present causing the service start to fail resulting into SMB access issues. 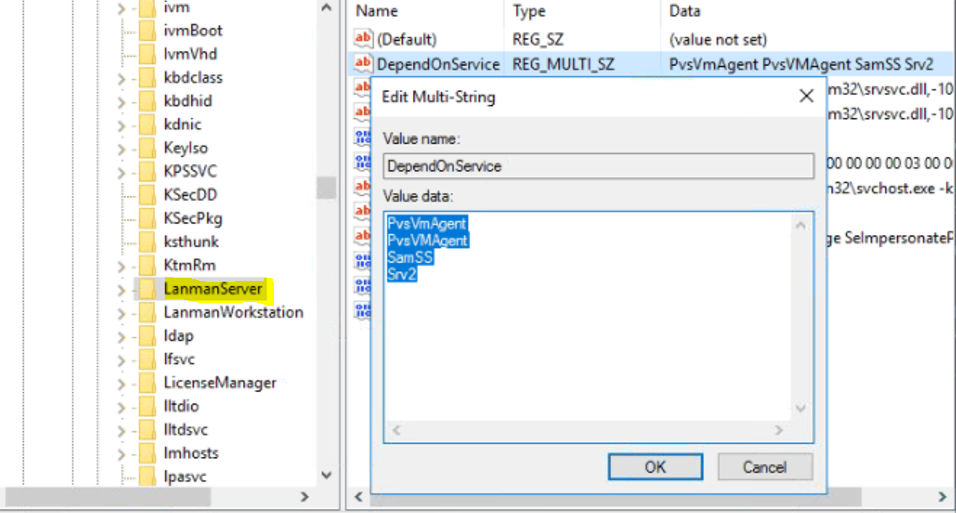 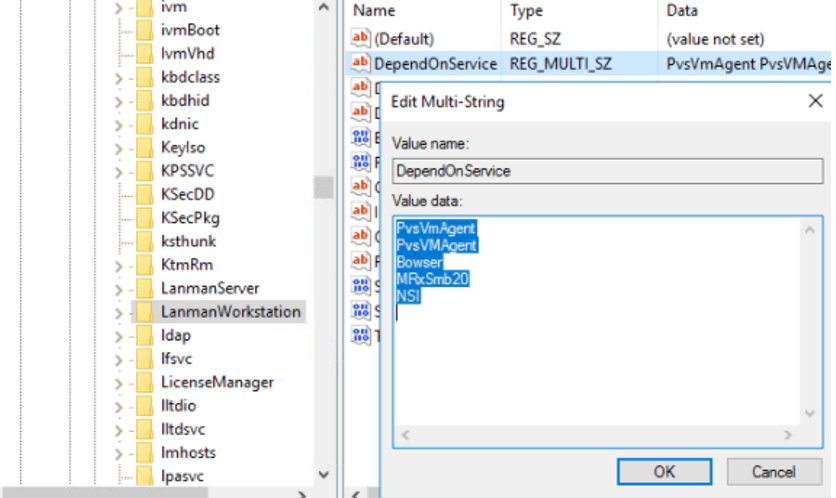 The root cause of presence of two instances of PvsVmAgent is unknown. The VDA was upgraded from an older 7.x version to 7.15, which might have caused this.