Skip to main content
Is there issues using a 10GB interface that talks to a 1GB server with
the WRT agent.

My company issued laptop is Dell Latitude E7450 running Windows 7 Professional. If I hibernate the system, on boot it displays a blank screen and does not respond to input. Subsequent reboots do not yield different results. My IT department tells me that Windows hibernation is problematic on Dells, and that hibernating destroys the boot partition. They rebuilt the boot-loader, and told me to be very careful not to let the system hibernate again.

I am a software engineer, not a system administrator, but something about this doesn’t sound right to me.

Is my IT department right? Is it a common problem that users brick their systems through hibernation? Or is it something about the image they have created? Interaction with UEFI? Is there a solution?

I am considering upgrading my system with a bootable PCIe drive, the 2TB version of the Samsung 960 Pro. However, considering the raw speed of this monster, I am unsure whether my system is capable of utilizing, in which case a “lower” model would be more suitable.

HWInfo tells me that I have an x16/x8/x4 PCI Express slot, which I think is capable of using that drive:

But if I compare the speed of this drive (Read vs write seq. is 3,454MB/sec and 2,157MB/sec) with my current ramdisk (16GB of my 48GB is a RAM disk), I am worried the bus may be the limiting factor and not the raw speed of the drive: 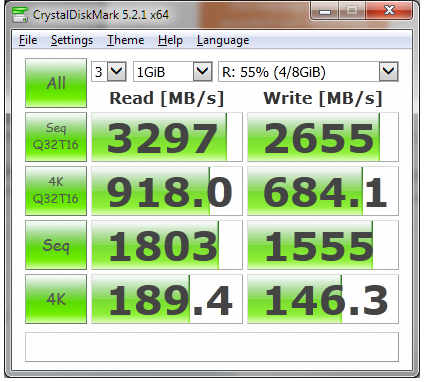 My system is a relatively old Dell System Workstation T7500 with two Xeon X5680 processors, 48GB memory, with a Tylersburg 36D chipset. A good upgrade would be an SSD drive but I like to make a good leap forward, hence wondering about this particular drive (and more generally, the maximum leap forward with my system short of buying a new one).

I am particularly worried that my system supports PCIe v2.0 and that this will not maximize its use of this drive:

Can someone advice me for or against this, and/or suggest what max factors I should be looking for with this (granted, relatively uncommon) setup?

How do I setup a route so that the VM can see the two DDN heads? I already tried:

Neither worked. When I try to ping either of the DDN heads it says “Network unreachable.”

(And yes, I am not a networking guru…)

Okay, I know this post is going to sound like a broken record, but I have searched and read through other threads but it seemed to either not address or solve the issue directly or give an unclear explanation that pertained to that specific persons problem. Here it goes and please accept my apologies if this post seems so redundant.

Okay so I have a HP Proliant DL380 G4 server running Symantec Backup Exec 2012 (I know, I know, it’s an old server lol) and I’m used to using Puredisk but it seems quite easy administering backups with SBE 2012 UNTIL! it’s time to do recovery testing. I noticed I didn’t have an adequate testing environment for my recovery tests, so I grabbed the best computer I could find which is a Dell Tower 5810 w/ a 1TB backup drive and a 250GB boot drive which isn’t setup for RAID. So I tried doing a recovery of my HP Proliant server to my Dell Tower and I was met with a number of obstacles that indicated my recovery might go so smoothly, I will list those messages at the end. A little FYI – I do full SDR backups on our server here, the server is setup in a RAID 0 with a C: and D: drive and the Dell Tower is booting AHCI. Basically, I am not able to recover my backups to the Dell Tower. It’s obvious that either this scenario won’t work at all or I will need to do quite a bit of tweaking to make my test recoveries successful. I would really like to be able to find a way to recovery to the Dell Tower because if that HP server did crash then that may very well be all I have to use. So I have two questions if anyone can please answer:

1. How can I get this scenario to work; how can I get my recovery my backups to different hardware?

2. In the future, what is the best test environment to setup for conducting test recoveries?

Thanks, thanks, thanks, to anyone who can help me with this. It has been a headache going on three days trying to figure this out on my own. Below are the messages I ran into while trying to test-recover my backups to a different computer:

– Your computer may not start successfully, if your system or boot volume resides on one of the hard disks attached to an inactive controller

– Drivers for one or more controllers are not installed. The computer may not start because the required system…

Can this drive support LTO-5 or LTO-6 via firmware upgrade? I could not find any information about this on Dell pages.

Is it even physically possible to a LTO-3 driver read or write LTO-4?