RC4 stands for RivestCipher 4 is a type of stream cipher i.e it generates streams of bytes one for each byte of the text you want to encrypt. RC4 uses symmetric key encryption algorithm. It is very simple, that once the key stream is generated it is simply XOR-ed with plain text. The key size varies from 64 to 128 bit. This cipher is used in SSL communication and WEP for 802.11. 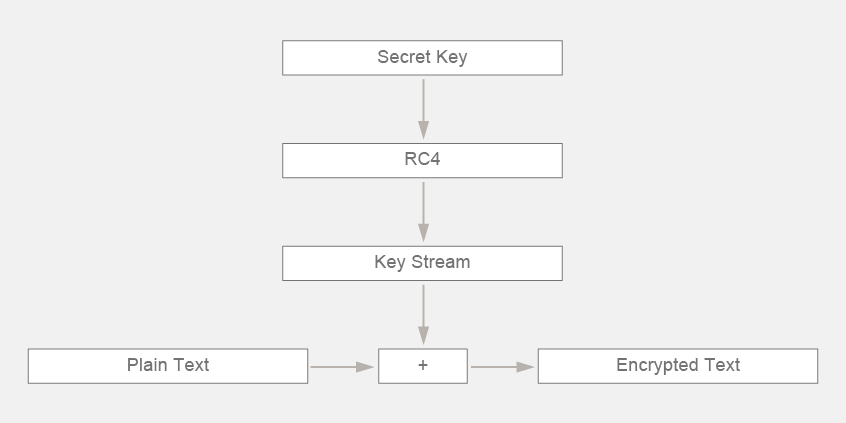 RC4 generates a key stream from the secret key and XORs it with plain text to produce the encrypted text. Even though implementation looks simple, RC4 is an encryption algorithm having some vulnerability at initial stages. The first bytes of output reveal information about the key.

In order to remove RC4 from your Cipher group to avoid this vulnerability, the following procedure has to be followed.

Note: The below mentioned example is for removing RC4 from Default Cipher group and binding it to a vserver.

A vulnerability in the Control and Provisioning of Wireless Access Points (CAPWAP) protocol handler of Cisco Wireless LAN Controller (WLC) Software could allow an unauthenticated, remote attacker to cause a denial of service (DoS) condition on an affected device.

This advisory is available at the following link:
https://tools.cisco.com/security/center/content/CiscoSecurityAdvisory/cisco-sa-wlc-capwap-dos-Y2sD9uEw

On February 26th, 2020, researchers Štefan Svorencík and Robert Lipovsky disclosed a vulnerability in the implementation of the wireless egress packet processing of certain Broadcom Wi-Fi chipsets. This vulnerability could allow an unauthenticated, adjacent attacker to decrypt Wi-Fi frames without the knowledge of the Wireless Protected Access (WPA) or Wireless Protected Access 2 (WPA2) Pairwise Temporal Key (PTK) used to secure the Wi-Fi network.

The vulnerability exists because after an affected device handles a disassociation event it could send a limited number of Wi-Fi frames encrypted with a static, weak PTK. An attacker could exploit this vulnerability by acquiring these frames and decrypting them with the static PTK. A successful exploit could allow the attacker to decrypt Wi-Fi frames without the knowledge of the security session establishment used to secure the Wi-Fi network.

Multiple Cisco wireless products are affected by this vulnerability.

This advisory is available at the following link:
https://tools.cisco.com/security/center/content/CiscoSecurityAdvisory/cisco-sa-20200226-wi-fi-info-disclosure

On August 4, 2018, Jens Steube from the Hashcat project published an article introducing a new method to obtain cryptographic information from wireless traffic that can then be used by an attacker to attempt the offline recovery of the preshared key (PSK) used to secure a Wi-Fi network.

Both the Wi-Fi Protected Access (WPA) and the Wi-Fi Protected Access 2 (WPA2) protocols are known to be susceptible to offline cryptographic attacks when a PSK is used as an authentication mechanism. This is not a new vulnerability or a new attack against these protocols. This is a new vector that allows an attacker to obtain the information required to attempt an offline attack against the PSK.

This new method is different from the existing attacks against the PSK because it does not require an attacker to wait for an Extensible Authentication Protocol over LAN (EAPOL) authentication exchange, capture it, and proceed to attempt an offline PSK recovery. This new vector allows an attacker to extract the required information from a single wireless frame transmitted during a roaming event. The following conditions for this capture apply:

The wireless frame can be acquired by passively listening to traffic from the wireless network during the roaming.

It is important to note that this method does not make it easier or faster to recover the PSK for a Wi-Fi network. Instead, it is easier for an attacker to collect the information required to conduct a subsequent offline cryptographic attack. The likelihood of a successful recovery of the PSK is highly dependent on the complexity of the PSK in use.

This advisory is available at the following link:
https://tools.cisco.com/security/center/content/CiscoSecurityAdvisory/cisco-sa-20180809-wpa2

A vulnerability in the Control and Provisioning of Wireless Access Points (CAPWAP) protocol component of Cisco Wireless LAN Controller (WLC) Software could allow an unauthenticated, remote attacker to cause a denial of service (DoS) condition.

The vulnerability is due to improper input validation on fields within CAPWAP Discovery Request packets by the affected device. An attacker could exploit this vulnerability by sending malicious CAPWAP Discovery Request packets to the Cisco WLC Software. A successful exploit could allow the attacker to cause the Cisco WLC Software to disconnect associated access points (APs). While the APs disconnect and reconnect, service will be unavailable for a brief period of time, resulting in a DoS condition.

This advisory is available at the following link:
https://tools.cisco.com/security/center/content/CiscoSecurityAdvisory/cisco-sa-20181017-wlc-capwap-dos

A vulnerability in the Control and Provisioning of Wireless Access Points (CAPWAP) protocol component of Cisco Wireless LAN Controller (WLC) Software could allow an unauthenticated, remote attacker to retrieve memory contents, which could lead to the disclosure of confidential information.

The vulnerability is due to insufficient condition checks in the part of the code that handles CAPWAP keepalive requests. An attacker could exploit this vulnerability by sending a crafted CAPWAP keepalive packet to a vulnerable Cisco WLC device. A successful exploit could allow the attacker to retrieve the contents of device memory, which could lead to the disclosure of confidential information.

This advisory is available at the following link:
https://tools.cisco.com/security/center/content/CiscoSecurityAdvisory/cisco-sa-20181017-wlc-capwap-memory-leak

I have ploblem when the user was login via Wi-Fi.

I set the controler send the wireless accounting to proxy and set the proxy receive to session-monitor success.

I need group three form upper to using by one search filter algorithm. But, I failed for test that and don’t have ideal for search filter.

Pls. help me for create the search filter for three upper form in one result form “Username.lastname”.

… such as attacker’s access to the wireless networks of a victim, and thus are much less critical than, for example, SQL injection vulnerabilities,” says Kolochenko. “Nonetheless, these risks are material: some cybercrime gangs compromise and backdoor public wi-fi routers to intercept plaintext passwords …