Bottom Line: U.S. cyber defenders know how to take down botnets – networks of computers that have been hacked to act as one – but not how to keep them from coming back, nor necessarily how to determine who is behind them and hold them accountable. These networks under the remote control of hacktivist, criminal or state-sponsored hackers are able to wreak havoc on modern society by enabling theft, espionage, information warfare and disruption at an unprecedented scale.

Background: Botnets spread by scanning networks for computers running software with known vulnerabilities or easily guessable default passwords that can be automatically exploited, or by spamming inboxes with automated social engineering emails to trick protected users into compromising their own security. Once built, botnets are able to siphon off personal, financial or even confidential information, amplify disinformation on social media sites, and disrupt critical services by flooding third party servers with artificial traffic until they get knocked offline.

Issue: In addition to being used by cyber criminals, botnets have also been employed to steal government secrets and engage in cyber and information warfare. Over the last few years, botnets have been a centerpiece of much of the nefarious state-sponsored cyber activity. 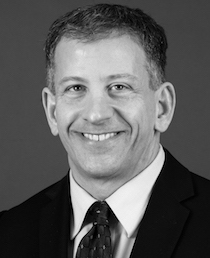 “Three recent examples of Russia using botnets to weaponize their covert influence operations come to mind. First, the August 2017 Twitter feed #FireMcMaster, which was designed obviously to impugn the national security advisor’s reputation. Second, we know a lot about Russia’s use of bots to target the 2016 Presidential elections. Third, I would note Russia’s use of bots to target NATO, particularly in Eastern Europe. Russia has been propagating themes about how Western ideas are bankrupt and the U.S. is trying to prevent Russia from playing the greater role it deserves in a multipolar world.”

“Botnets can pose a serious threat to our nation’s digital security, public safety and civil society. They can be used as an accelerant to spread misinformation, deception and malware at network speed. They range from being high-volume advertising annoyances to propaganda placement meant to poison civil discourse (as Russia has fueled in the West), to their use as a medium for the hostile takeover of large numbers of computers for network attacks. They are easy to operate and used widely by legitimate businesses, criminals, as well as nation-states like Russia engaged in hot information war campaigns against the West.”

Response: The response to botnets by law enforcement often takes the form of two different tracks, which involve arresting the architects of botnet malware and dismantling the technical infrastructure they rely on to act collectively.

“Bad actors who deploy bots use good tradecraft. They camouflage the bots by making them appear like other real cyberspace actors. Skillfully infiltrating cyberspace, the bots do not look like the foreign enemy tool, which they in fact are. They use common hashtags to conceal their origin. Once they have attained some acceptance and status, they start pushing out their propaganda themes. Very often social network and media site users unknowingly amplify the message and propagate it further. Bots are extremely low-cost and a very effective tool to disseminate covert influence themes. We need to determine the origin of the bot, or ‘skin behind the keyboard’ – the human being who is writing the bot codes and loading the bot with covert influence themes. This is always challenging because nefarious state and non-state actors are always trying to conceal their identity by using false flag cyber operations where we believe the bot is a fellow citizen. In fact the bot is simply the inanimate tool of a foreign intelligence service.”

However, while sinkholing can disrupt botnets, complete takedowns are difficult as the botmasters are often able to regain control of botnets by decentralizing their control through what is known as peer-to-peer control and rebuild their unwitting army. Unless the creators of the botnet are physically apprehended, botnets likely will reemerge using more sophisticated variants of previous iterations, in a constant game of cat-and-mouse between law enforcement takedowns and botmaster innovation.

“Takedowns reduce the climate of permissiveness and drives illegal actors farther underground. For takedowns to be effective, they must be done near the top of the production and distribution food chain. Any lower and it is more like swatting at a swarm of bees. The best long-term solution is increasing online bot detection via automated defenses. This will not be foolproof but it will clear enough underbrush so there is more focus on the highly complex and malicious.”

Anticipation: Perhaps the most challenging aspect of botnet disruption is the significant international coordination between law enforcement agencies and the private sector that it requires. While cooperation against botnets can pose logistical, legal, and diplomatic difficulties, processes have begun falling into place to better address the issues of targeting servers in multiple countries, with victims spread across the globe and perpetrators in numerous legal jurisdictions.

“International cooperation is vital for finding and attriting hostile botnets. Illicit botnets are created and used worldwide, but there are more permissive environments for their creation and initial distribution. Eastern Europe and former Soviet states are well known to be such hotbeds. Intelligence-informed law enforcement normally leads in taking action against illegal botnet producers and users. Government intelligence arms generally lead in countering state sponsors of harmful botnet actors. Often, diplomacy and international sanction are vital parts of the equation. Of course, cooperation between the public and private sectors is essential for success. Certain times government will drive detection and response, other times it will be the private sector.”

Levi Maxey is a cyber and technology analyst at The Cipher Brief. Follow him on Twitter @lemax13.

Zeus/Zbot is one of the most widely known Internet threats today. It’s been around since 2007 and has evolved over time, and is still in a constant state of being developed into a stronger, more prolific Trojan.

Recently, Symantec observed some high-profile coverage of a threat being reported as a new type of computer virus known as “Kneber.” In reality Kneber is simply a pseudonym for the Zeus Trojan/botnet. The name Kneber refers to a particular group, or herd, of zombie computers (a.k.a. bots) being controlled by one owner.
Read More